Get fresh music recommendations delivered to your inbox every Friday.

Under the Witching Cross 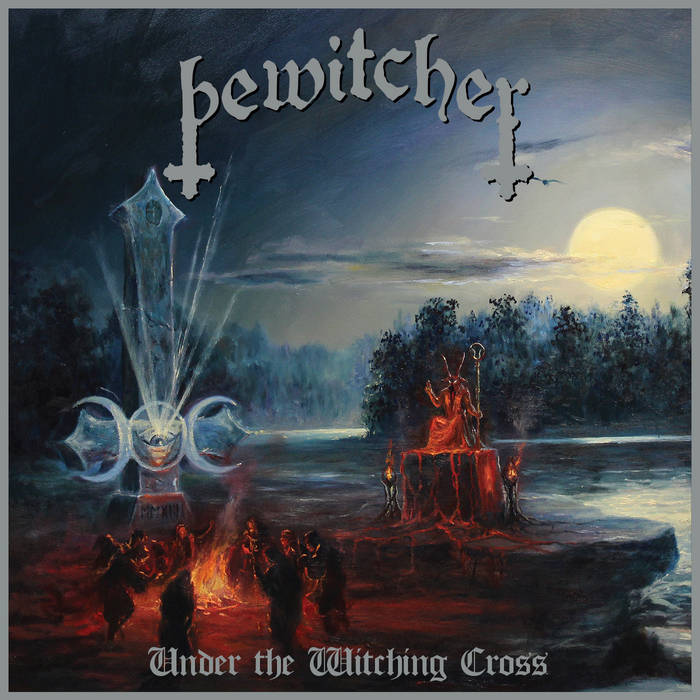 were-jaguar I saw these guys live. They ate my woman and f*cked my food! Thank you Bewitcher! Favorite track: Under the Witching Cross.

Werewolf Sonata The UNHOLY GRAIL of my collection. Look all you want but they do not come faster, heavier, or meaner than Bewitcher Favorite track: Under the Witching Cross.

BEWITCHER, in conspiracy with SHADOW KINGDOM RECORDS is pleased to announce the long-awaited follow-up to their self-titled debut album. The time has come to finally unveil the band’s sophomore effort, entitled UNDER THE WITCHING CROSS.

The album was engineered at The Captain’s Quarters studio in Ventura, CA by Night Demon axeman Armand John Anthony with mix/master duties once again falling to Joel Grind. Their combined efforts give the production a sound not yet heard on a Bewitcher record; ominous and layered without sacrificing any of the viciousness of its predecessor.

With stunning cover art from the incomparable Polish painter Mariusz Lewandowski, UNDER THE WITCHING CROSS is a clear statement of the band’s expanding musical and artistic aspirations. Don’t be fooled however, the content within is pure Satanic Speed Metal savagery that Bewitcher delivers with deadly force.

UNDER THE WITCHING CROSS will be released worldwide on May 10, with pre-orders available for physical and digital formats through SKR and the band’s official merch channels. Visit bewitcher.us for more info, as well as upcoming tour dates.

HEAVY METAL AT THE SPEED OF SATAN.

Bandcamp Daily  your guide to the world of Bandcamp